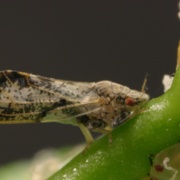 The Tulare County Board of Supervisors approved a proclamation demonstrating the County’s commitment to fight and prevent the Asian Citrus Psyllid (ACP) and Huanglongbing (HLB), the disease it transmits.

The Board approved the proclamation at their fifth and final evening meeting for the 2017 year which was held on Tuesday, November 14th at the Porterville City Council Chambers. Tom Tucker, Assistant Agricultural Commissioner/Sealer gave a presentation on the worst disease known to the citrus industry, HLB also known as Citrus greening disease.

Tucker stressed the important roll the citrus industry plays in the County and why the disease with no known cure poses a threat to the local economy. Tulare County is the number one citrus growing county in California with 75 packing sheds and processing facilities. The annual production value of citrus in Tulare County is $1.3 Billion according to the 2016 Annual Tulare County Crop and Livestock Report.

To date, there have been more than 750 ACP finds in Tulare County alone posing a bigger threat to citrus acreage totaling more than 132,000 in the County.  The only method to control spread is removal of infected trees. The proclamation reaffirms the authorization already provided under the California Food and Ag Code given to the Agricultural Commissioner to order the removal of trees, if necessary, to destroy or control the pest.

“The impact to commercial groves and the economy of Tulare County could be devastating if we do not raise awareness,” stated fifth generation Tulare County citrus farmer and District One Supervisor Kuyler Crocker, who led the effort to create the abatement program. “This is the first step. I will work with our neighboring counties to establish similar programs, as Tulare County has done.”

The initiative received support from various members of the community as well as citrus and faming groups including California Citrus Mutual, Citrus Research Board, California Citrus Threat, Tulare County Farm Bureau and others.

“The action taken by the Board of Supervisors Tuesday night is very gratifying;” states California Citrus Mutual President Joel Nelsen. “The battle against Huanglongbing is being waged on many fronts in all U.S. citrus production areas. The Tulare County Board recognizes the partnership that exists between industry and local government. This appreciation for the family farmer in our County and the potential economic impact is indeed gratifying.”

Along with committing to the fight against the disease, the Board also passed a resolution allowing the Office of County Counsel to represent the County in all proceedings relating to the protection of citrus trees and abatement of neglected or abandoned plants or crops.  A budget adjustment was approved in the amount of $250,000 to cover the costs of infected tree removal expenses for Fiscal Year 2017/2018.