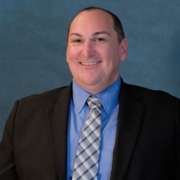 The Tulare County Board of Supervisors has appointed Jason T. Britt as the County Administrative Officer (CAO) effective December 1, 2018. Britt fills the position previously held by Michael C. Spata, who is retiring on November 30, 2018 after serving as CAO since 2015.

“We are very pleased to have such a highly qualified internal candidate and are confident Jason will do a superb job in the role as our CAO,” stated Tulare County Board of Supervisors Chairman, Steve Worthley. “His strong background in streamlining government programs and management makes Jason the ideal candidate for the position.

Britt has served Tulare County since 1994 and has held a variety of senior management positions with the County’s Health & Human Service Agency, including Director of Human Services, Director of Public Health, and Agency Director.

As CAO, Britt will be responsible for preparing the County’s annual budget, implementing policies set by the Board of Supervisors and handling the day-to-day business of the County.

“I am honored by the confidence the Board of Supervisors has in my ability to work with the various departments and agencies to deliver effective and efficient services,” stated Britt.

Britt is a lifelong resident of Tulare County. He holds a Master of Science in Leadership from South University and a Bachelor of Science in Liberal Arts from Excelsior College. As CAO, Britt’s compensation will be $200,000 annually.