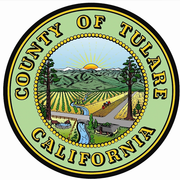 The Tulare County Board of Supervisors today unanimously proclaimed a local emergency due to the statewide drought, called for state legislators to place a water bond on a future ballot, and formed an ad hoc committee to address future water advocacy strategy.

Chairman of the Board of Supervisors Phil Cox said the proclamation of local emergency enables Tulare County to recover any future drought response costs and also makes the County eligible for any other drought-related assistance in the future.

“This is a very serious issue that can potentially destroy our local economy,” Chairman Cox said. “The Board would like to encourage everybody to step up and conserve as much water as you can.”

The Board’s vote today follows the January 17 decision by the State of California to proclaim a State of Emergency, which provides a variety of avenues by which State agencies can expedite assistance to those impacted by the drought.

Prior to the vote, Supervisor Allen Ishida urged state legislators to place a water bond on a future ballot and include funding for water storage.

“If you want to pass something, you pass it during a crisis,” Supervisor Ishida commented during the meeting. “This is the ideal time to pass a meaningful water bond measure because this water issue affects everybody in the state of California.”

“This drought is going to have a huge impact on the economy for future years,” Supervisor Ishida said. “Forty percent of our crops are exported and sent to the ports in Long Beach and in Oakland. This drought will also have an impact on a lot of jobs in the urban areas of the state.”