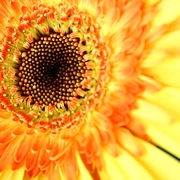 Other events scheduled to take place during the conference include a screening of the award-winning documentary “The S Word” with live commentary provided by the film’s director, Lisa Klein. Internationally known street painter Lorelle Miller is scheduled to create a 15-foot interactive art installation based on a mandala as a healing area. Additionally, a healing room is being provided for suicide loss survivors and other supporters.

Local resident, national speaker and expert in community-based suicide prevention, postvention, strategic planning, and Director of the Tulare County Suicide Prevention Task Force, Noah Whitaker, says, “Hope is the greatest tool we have toward fixing the challenging problems of despair in our communities. However, hope alone is fruitless without action. This conference will have information for anyone who has been touched by the issue of suicide and has a desire to assist others through their struggles with despair.” Though the national rate for suicide increased by 24% between 1999 and 2014, through suicide prevention efforts, Tulare County suicide rates have remained level and have dropped by 50% in 2019. Suicide is rated as the 10th leading cause of death in the United States.